A Prophetic Word RE: The Refugee Crisis - Bridges To Common Ground

A Prophetic Word RE: The Refugee Crisis 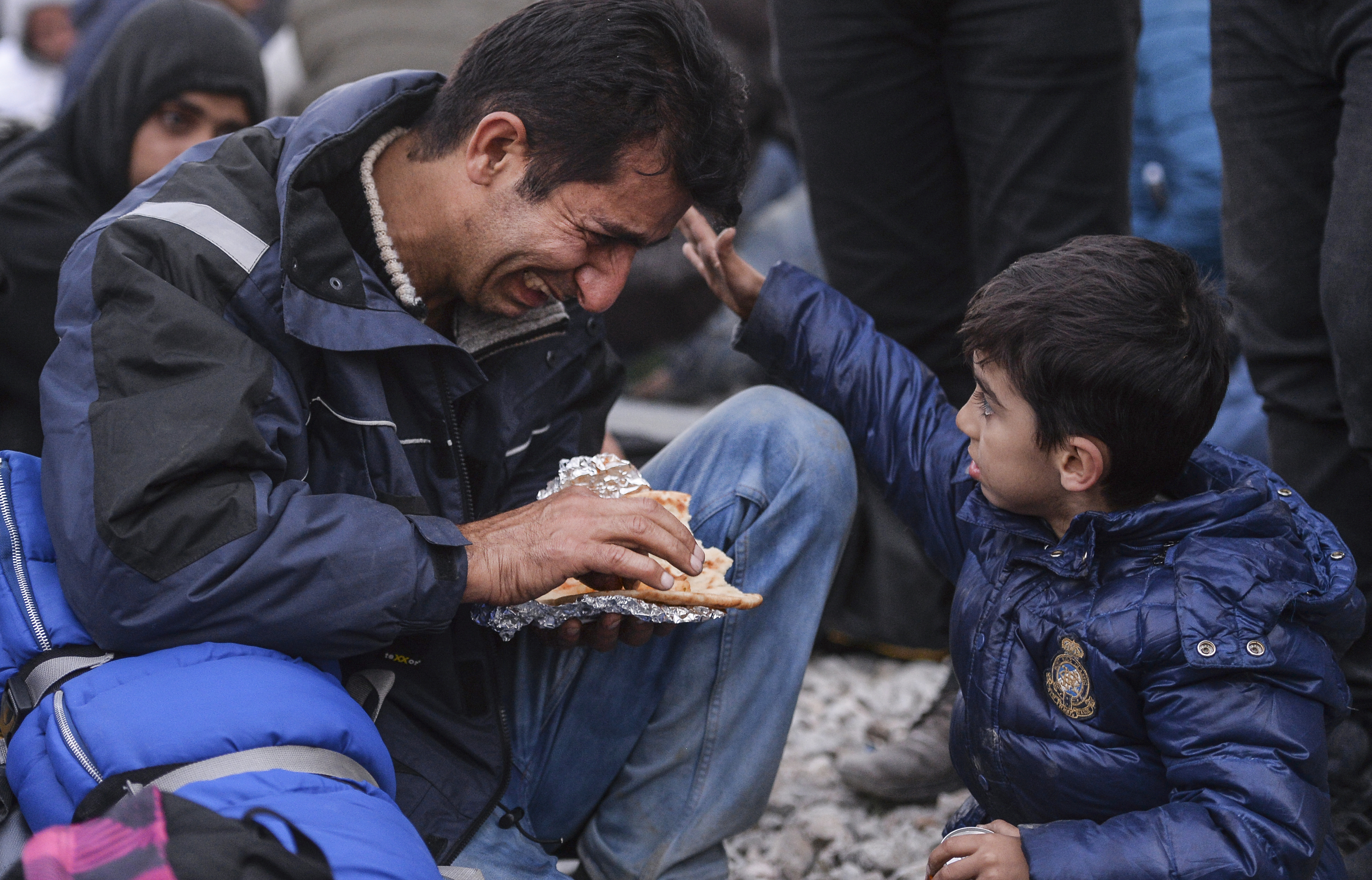 A boy touches his crying father during a Nov. 19 protest by angry migrants from Pakistan and Morocco who blocked a section of the Greece-Macedonia border after Macedonia began granting entry only to refugees from Syria, Iraq and Afghanistan. (CNS photo/Georgi Licovski, EPA) See FAITH-LEADERS-SYRIAN-REFUGEES Nov. 20, 2015.

While the admonition in this verse may conflict with every human instinct, i.e., to protect our borders and land from the hordes of fleeing Middle East refugees, hidden terrorists and avoid unintended expenditures and aggravations, Believers cannot ignore how God ordered Israel to behave.

The “church” has been “grafted in” and called to behave in unison with admonitions Israel.

You shall treat the stranger (hagar) [1] who dwells (hager) with you as the native among you, and you shall love him as yourself, for you were strangers (ger a form of hagar) in the land of Egypt: I am the YHWH your God.   Lev. 19:34

Bridges Board Member @ The UN