A Vision of Hope Amidst Apocalyptic Fear — The Awakening in Egypt, Part 3 - Bridges To Common Ground

A Vision of Hope Amidst Apocalyptic Fear — The Awakening in Egypt, Part 3 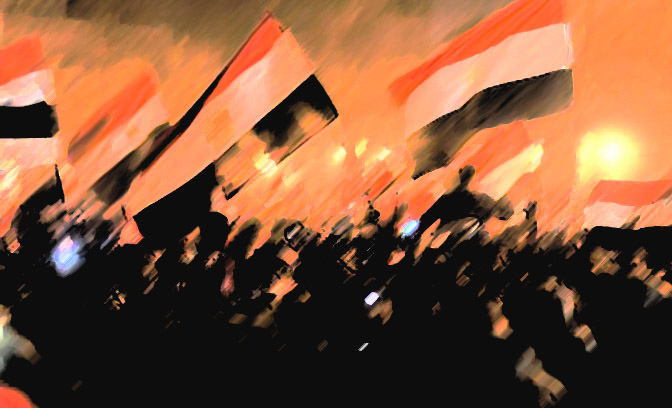 A Vision of Hope Amidst Apocalyptic Fear — The Awakening in Egypt, Part 3

The Awakening in Egypt sparked by just one person

The 2010 Arab Spring overtook Egypt like a tsunami. It swept away political and social debris with demonstrations, protests and riots, but began its widespread awakening within the context of a little ripple, a leak in the dike that flooded great parts of the Middle East.

This “ripple” started its immense journey on Facebook by a lone Egyptian outraged by police brutality in the death of another, and used social media to begin the birth of a revolution heard around the world! It prompted a long sought regime change.

Now compare this approach to removing a despot to our own American-made attempt expunging the world of Saddam Hussein, while spending trillions of dollars and hundreds of thousands of lives…and our “revolution” looks plainly pitiful.

Yet the futility of forcing political and social solutions alone is lost in the Egyptian context too. Elements of America’s elite (convinced democracy is the answer for the world’s ills) demanded free elections in Egypt. They cheered Egypt’s embrace of democracy, until (gulp) a recognized enemy, a Muslim Brotherhood member (Morsi) was fairly elected…and they were the first to denounce Morsi.

Egypt continues to flounder in their awakening. Four presidents later, their political and social reform lies dormant. So it begs the question, what is missing? We’ve seen that our interconnected world allows just a few to spark a political awakening. Could the missing factor in a genuine transformational reform hinge also on a spiritual awakening? The world is pregnant with religious foundation, yet the spiritual precepts of compassion and mercy, love of neighbor, peace and blessing, are spoken more than practiced.

A return to the common ground shared among faiths: belief in the One God, hope in the Messiah and according to Scriptural prophecies, a shared spiritual path which transforms the hearts and spirits of men and women, replacing bitterness and mistrust. We then look at one another as friends and brothers, care for each other’s interests and live to please God. On this basis, sustainable political and social justice can take place.

Surely it pleased God to promise Egypt their Messiah in Isaiah 19:20, where it reads,

“When the angels said, ‘O Mary! Allah gives you the good news of a Word from Him, whose name is the Messiah, Jesus son of Mary, who is illustrious in this world and the hereafter….’.”

The spirit of the Messiah represents the essence of true and lasting peace. He delivers us from enmity that creates violence, greed and bitterness resulting in division. He represents the truest and purest form of political and social reform because He based his life on sacrifice and service, once again proving that one man can make a difference in Egypt (and the world) when faced with adversity.

Could we be living in the day of fulfillment of the Isaiah prophecy? We will continue to investigate this exciting possibility in upcoming blog posts.

Bridges Board Member @ The UN